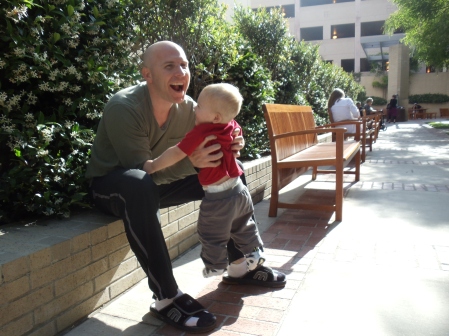 Around April 2012 I started experiencing what I thought was symptoms of a sinus infection. I had pressure on my eyes which worsened when I stooped down and the pain intensified to migraines. I also had issues with double vision and blacking out when stooping down low. After seeing an Ear Nose & Throat doctor and taking 3 rounds of different antibiotics over the course of a couple months I had no relief from the migraines and sinus pressure. In late May when my doctor told me that I didn’t have a sinus infection he referred me to get an MRI. On June 7th, 2012 the MRI indicated that I had a 4cm tumor deep in the center of my brain. I was told to immediately head to the UCLA ER to be admitted to the hospital faster for further treatment. After spending all day and night on a bed in a crowded ER hallway, unable to eat or drink, I finally got admitted to the hospital.

I had my first craniotomy a week after my hospital admittance on June 15, 2012. After taking two small biopsies my neurosurgeon aborted surgery once he was told that my diagnosis was cerebral glioblastoma. He gave a prognosis of “months” to live. After hanging out another week post surgery at the hospital to get a shunt in place and recover I was eager to brake free and go home.

Two weeks after my surgery my Neuro Oncologist explained the final pathology report from my surgery.  Apparently the report indicated that the type of cancer had changed. I no longer had a grade 4 glioblastoma (GBM) but a grade 3 pineal blastoma. The prognosis was better because my life could be extended years with chemo and radiation treatment. 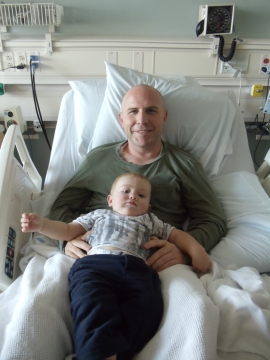 On July 19, 2012 I had my second craniotomy. This time the surgery outcome was much more positive than the first. The chair of neurosurgery, Dr. Martin, and the surgeon from my first surgery, Dr. Yang, worked as a team to complete the entire tumor extraction. Dr. Yang indicated that the surgery went better than they had expected. They were able to remove all of the tumor that they could visibly see. We are still awaiting new MRI results to see if there is remaining cancer cells that show up.

This entry was posted in cancer, life with cancer, surgery and tagged cancer; discovery; how do you know; MRI. Bookmark the permalink.